Weather for New England & the World

Increasing clouds Saturday - Chance of showers late in the day 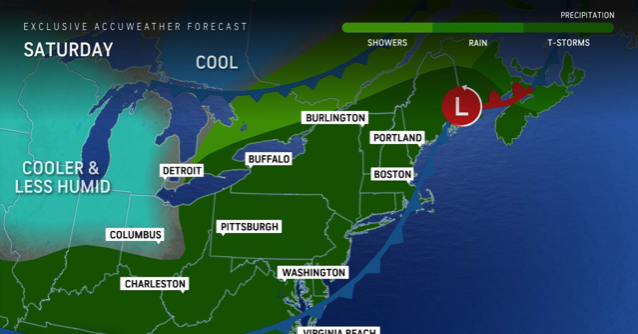 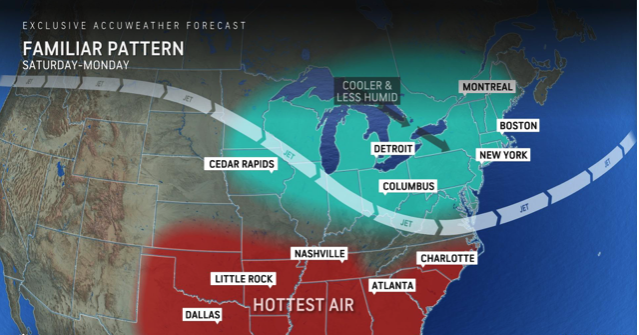 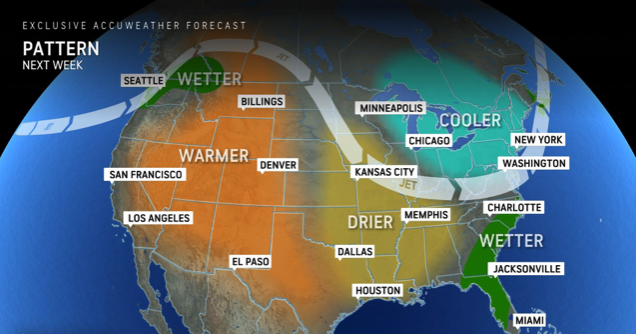 Scroll through the pixs above

If the button below is jiggling, an advisory is posted

(With thanks to the surrounding National Weather Service Offices)

The cold front that crossed part of the region today continues to very slowly track east. We had a little over one inch of rainfall here in the Monadnocks with some it very heavy for a short time. Bouts of showers followed but now, the sun has popped out late this afternoon. The atmosphere is unstable, so there is still a chnace of a pop up showers or storm tonight. Another front will begin to move in on Saturday with increasing clouds but any rain holds off until late in the day or the evening. Sunday looks sunny and breezy.
Hazardous Weather Outlook: NH/ME
Hurricane Sam has formed in the Atlantic and is rapidly strengthening.
It might be a good idea to check the Hurricane Section each day this time of year.

NEAR TERM /UNTIL 6 AM SATURDAY MORNING:
Cold front is progressing through the area. To the west, across NH the clearing skies are approaching. Meanwhile through Maine southerly flow will continue with showers. Low level instability remains, and some weak rotation has been observed in the convective line. Some reports of up to 2 inches of rain within the convective line.

Expect the front to continue to cross the region overnight. Overall the coverage of showers has been decreasing through the day but the models continues to suggest that some re development. through the mountains is possible over the next few hours.

SHORT TERM /6 AM SATURDAY MORNING THROUGH SUNDAY:
For Saturday, expect additional rainfall, especially over the eastern portion of the forecast area. There are two separate features impacting the amount of rainfall. First, a weak wave rotating around the main low pressure aloft will push into the region. The more negative tilt this can achieve the greater the precipitation. Secondly, low pressure along the eastern seaboard will move northwards on Sunday, pushing additional moisture into the stalled frontal boundary. These two factors will combine to lead to widespread rainfall across especially eastern Maine. With two feature competing the confidence in the placement and precip maxima still remains fairly low. Have kept total rainfall fairly conservative, although certainly the upslope flow does give a potential for higher totals. This time the center of the rain will be on the upper Kennebec basin, which has been plagued by drought.

LONG TERM /SUNDAY NIGHT THROUGH THURSDAY/...
Warm ridging will be replaced by cooler and more seasonable troughing over the NE CONUS next week, as double omega block settles across NOAM and the Atlantic, with central trough right overhead. This low holds in place thru at least the middle of next week, when models diverge on solutions.

Starting Sunday sun night should see any showers associated with the slow moving front exiting to the NE in the evening. This will be followed by clearing in the south, but clouds linger in the N as the closed upper low wobbles around over N Quebec. Lows Sunday night will be in the low-mid 40s in the mtns, to the low 50s in the S.

Mon-Tue will be similar, as closed low hangs out to the North, and waves of energy move around that low. This will produce some rounds of clouds, and the chance of showers, mainly in the mountains. Highs will be in the low-mid 60s in the North to around 70 in the South, which is still on the high side of normal, and overnight lows 40-45 in the mountains to the low 50s in the South. Skies will vary from partly to mostly cloudy through the period with more clouds in the mountains.

Confidence drops off a bit Wed-Fri.

Traveling? A location to avoid, in the world, is posted every day in the USA/World weather page. Take a look at today’s place to avoid.
See how much rain we’ve received thus far in 2021.
See the new, revamped, sponsor section below.
Links to organizations worth supporting as well.
See the new, redesigned Radar Page! UTC explained.
Drought map is updated every Thursday afternoon - Link
Take a look at Weather Graphics 1, 2, and 3 to the right.

SYNOPSIS...
Slow moving cold front will produce some heavy rainfall and embedded thunderstorms tonight into Saturday morning. Another round of heavy showers Sunday afternoon, especially over the mid-coast ans central Maine. More seasonal temperatures and the threat of showers in the mountains are expected for Monday and Tuesday.

Showers associated with a cold moving cold front dissipate through Friday evening, as rapid clearing occurs over western and central parts of the forecast area. A second low pressure system will bring a second chance for rain Saturday afternoon and evening, primarily across eastern Massachusetts. Cooler and less humid weather are on tap for the second half of the weekend and much of next week; especially by the latter half of the week. Much of next week will be dry, except for a few showers possible later Monday into early Tuesday. By late next week will have to watch an offshore low pressure system; but it remains uncertain if it will track far enough to bring a period a soaking rain.

See the current readings from my weather instruments here in Peterborough, NH.

Click on the Wind Vane to see Live Weather Info

Patterns this week and beyond/Other Items

Daily Weather Extremes for the USA

Picture of the Week (Updated Every Friday)

Rainbow 360 degrees from a plane

Updated once in the morning-These are provided by the NWS, WMUR-TV, or me...

A strong front will slowly move across New Hampshire today with a band of showers, downpours, and a few thunderstorms ahead of a less humid weekend.

Today will feature showers, a few downpours, and scattered thunderstorms, starting in western NH near sunrise and spreading east late am/early afternoon. Most of the showers/storms should wrap up in western areas by mid to late pm and by early evening in eastern NH. Any storm could be strong with gusty winds. Some heavy rain is likely that may lead to some localized road ponding. It will remain humid and breezy with highs again in the 70s.

Skies will dry out later tonight as the humidity fades. Temps will drop into the 50s in most places by morning.

After some early am fog, Saturday will feature the most sun in central and western NH with more clouds farther east. It will be less humid too! Highs will range from 67-74 from north to south.

As a wave of low pressure develops offshore later Saturday, Saturday night and early Sunday could bring another round of rain.

After any early showers Sunday, partly sunny skies follow with temps in the 60s to lower 70s.

Three Days at a Time

If this is flashing, there are warnings or advisories in effect.

Find all of the Hazardous Weather Outlooks by clicking on the wobbling button below.

Click on the button above when it is wobbling

A 30 percent chance of showers and thunderstorms, mainly between 8pm and 2am. Patchy fog after 4am. Otherwise, cloudy, then gradually becoming partly cloudy, with a low around 54. West wind around 5 mph becoming calm in the evening. New rainfall amounts between a tenth and quarter of an inch, except higher amounts possible in thunderstorms.

Patchy fog before 3am, then patchy fog after 4am. Otherwise, mostly cloudy, then gradually becoming mostly clear, with a low around 50. Southwest wind around 5 mph becoming calm.

A 30 percent chance of showers, mainly after 5pm. Patchy fog before 9am. Otherwise, increasing clouds, with a high near 73. Calm wind becoming northeast around 5 mph. New precipitation amounts of less than a tenth of an inch possible.

A 20 percent chance of showers after 4pm. Patchy fog between 8am and 9am. Otherwise, mostly sunny, with a high near 70. Calm wind becoming southwest around 5 mph.

A 50 percent chance of showers, mainly after 7pm. Patchy fog. Otherwise, mostly cloudy, with a low around 54. Calm wind. New precipitation amounts between a quarter and half of an inch possible.

Patchy fog before 9am. Otherwise, mostly cloudy, then gradually becoming sunny, with a high near 73. Light northwest wind becoming west 5 to 10 mph in the morning.

A 30 percent chance of showers after 2pm. Patchy fog before 9am. Otherwise, mostly cloudy, then gradually becoming sunny, with a high near 68. Light northwest wind becoming west 5 to 10 mph in the morning.

Mostly clear, with a low around 52. Southwest wind around 5 mph.

A 30 percent chance of showers before 8pm. Mostly clear, with a low around 50. Southwest wind around 5 mph.

Please patronize those running ads below - They are the lifeblood of RichLefko.com

My Longest Sponsor, I am pleased to present Anrik Irrigation. Anrik Irrigation is a full service lawn sprinkler company. They perform a variety of services, installation, maintenance, fall blow-out, spring start-ups, and offer a great brand of deicer for winter. Ask me!!

Located minutes outside of Manchester, Peter’s Nissan of Nashua is the go-to Nissan dealer serving Nashua and the greater Manchester area including Salem, Peterborough, Concord, and Lowell. We’re here to meet your every automotive need whether you’re in the market for a new or a used model, require a car loan and financial assistance, or want routine service or extensive repairs. Our commitment is to customer, no matter what.
Peters of Nashua has been serving the area’s automotive needs since 1955. Family owned and operated. They service ALL makes and models and I highly recommend them. Ask me

Discover the Patten Energy Difference
At Patten Energy, our philosophy is simple. We believe that bigger isn’t always better! We’re neighbors serving neighbors - where you’ll always be referred to by name, never as just another account number. We are dedicated to maintaining the personal touch and quality care only a family run business can provide.
I use Patten Energy, and I heartily endorse them.

If you own ANY Apple products, I can highly recommend Dan’s Tutorials. I am a visual learner and Dan’s vidoes walk you through each and every option whether you are using an iPad/iOS, or a Mac/Mac OS, or an Apple Watch. Dan has you covered on ALL Apple devices.

I have used Scott for repair work at my house. I can highly reccomend Scott’s work, his prices are reasonable, and he actually calls you back! Please contact Scott for a free quote and tell him you saw his ad at RichLefko.com!

Help Those Affected by Natural Disasters

Help those who put their lives on the line for us

Every warrior has a next mission. We know that the transition to civilian life is a journey. And for every warrior, family member, and caregiver, that journey looks different. We are here for their first step, and each step that follows. Because we believe that every warrior should have a positive future to look forward to. There’s always another goal to achieve, another mission to discover. We are their partner in that mission. Veterans and service members who incurred a physical or mental injury, illness, or wound while serving in the military on or after September 11, 2001. You are our focus. You are our mission.

Subscribe to my Weather Alerts and get the Every Thursday Evening ?ÄúWeeked Outlook?Äù E-mail. You manage your subscription.

Cancel whenever you want.

BTW, we do not sell, trade, give away, post, whisper, dream about, tattoo, print or share your e-mail addresses with anyone...EVER!
When you subscribe, your address goes directly to me, not some online service.
Subscribe once and get all e-mails and warnings!
Yes, you can subscribe to multiple addresses, home, office etc.
Zero cost - No ads-No tracking

Add a RichLefko.com icon to your iPhone or iPad. It’s easy. If you find yourself frequently visiting a website or using a web app on your iPhone or iPad, it’s easy to add a shortcut icon directly on your Home screen using Safari that you can quickly tap to launch the site. Here’s how: